The Hellenic Air Force was the second largest user of the A-7. They bought a total of 133 Corsair II out of a total production run of 1545 aircraft. The delivery of these aircraft was done in two phases.

Phase 2 : 50 A-7E and 18 TA-7C (two-seater) airframes. Procured from the by now big fleet of retired US aircraft stored at Davis-Monthan.

But the last Greek Corsair’s would not go without some extra attention. The Hellenic Air Force even made a 2 day event out of it.

On October 16th a spotters day was organised for a relative small crowd of spotters. October 17th would be the official by invitation only, farewell ceremony day. With as highlight the presentation of a special painted A-7 Corsair II.

Our host for these events was 336 Mira on Araxos AFB. The last users of the A-7 Corsair II.

As mentioned earlier the first day was a spottersday. After arriving on base we were escorted to the shelters were the last airworthy Corsairs were parked.

First order of the day, being able to take pictures of all the aircraft on the dump behind the shelters off the operational aircraft. Every airframe could be photographed in the early morning sun. A very impressive site to see al these incomplete airframes lying and standing around. All had many parts missing.

After this we could take pictures of the last 4 airworthy two-seat Corsair II being checked for their flights of the day. A-7E 160616 with it’s distinctive special paint scheme “Fly low - Hit hard” was also on the flightline.

Finally we were escorted to the taxi-track eagerly awaiting the departures of the different aircraft. While waiting for this to happen, a lot of other operational aircraft kept us busy also. T-6 Texan, F-16’s and others. And then the highlight of the day were the first flights with the Corsair II themselfs. We were in a perfect spot to take pictures of the aircraft. Sadly out of the four airworthy Corsairs, 156747 got technical issues and was towed back to the flightline. It never started up again. Many flights were made with the other three Corsairs giving as many as possible high ranking officers and pilots a chance to take a last ride. Very nice for us because we could wonder around the aircraft during start-up, and departure. Formation flights, fly-by’s, we got the whole package. At the end of the day A-7E 160616 “Fly low - Hit hard” rolled under its own power to the static area for the event the next day. Sadly it was not airworthy anymore. so the much anticipated take-off never happened. A very sunny and nice day to start the two day event. 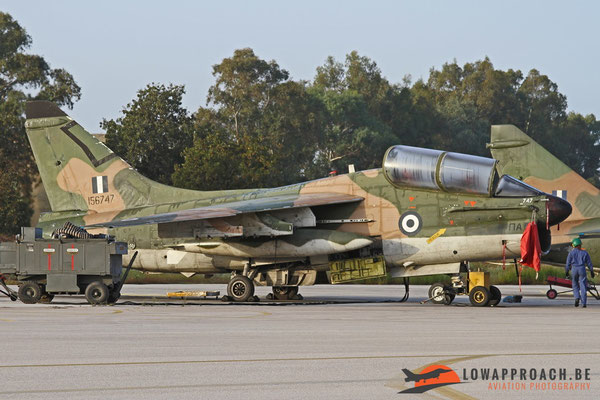 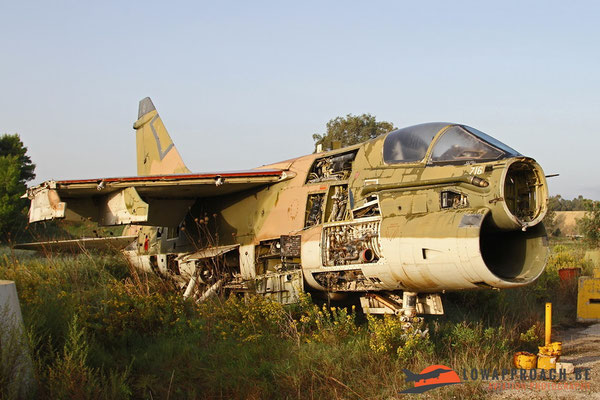 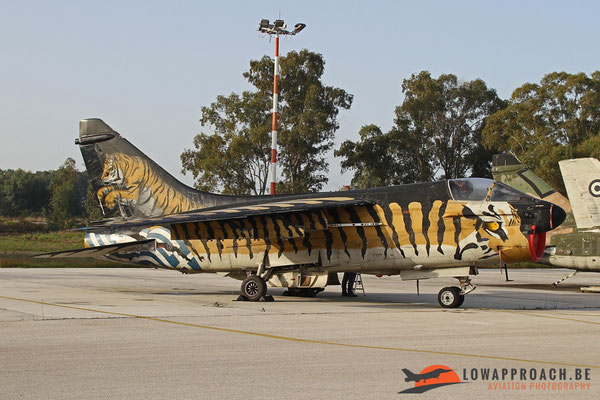 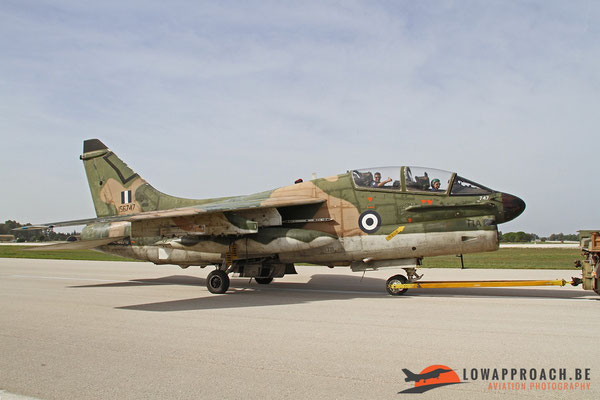 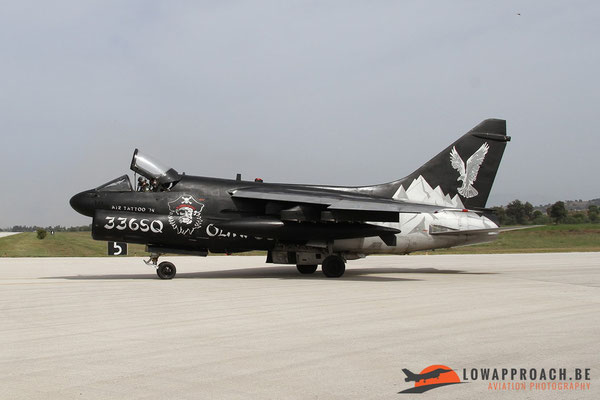 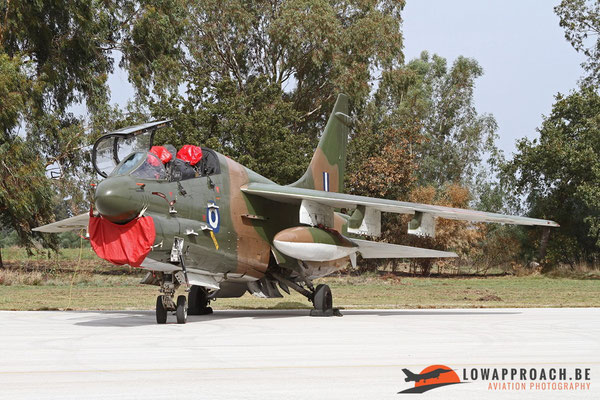 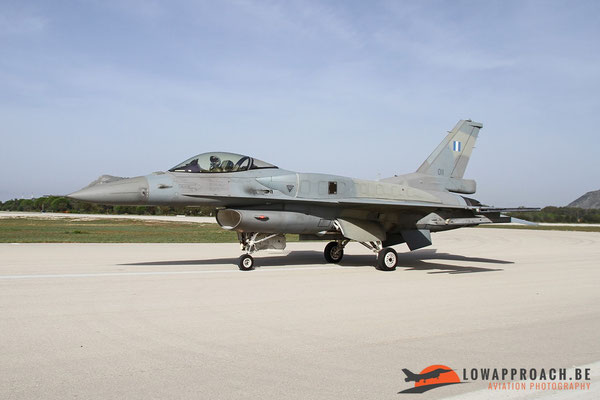 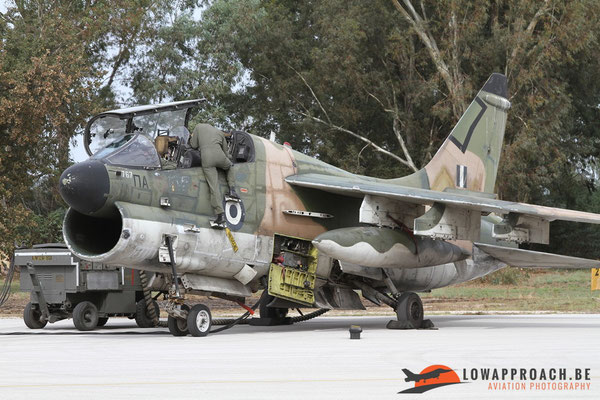 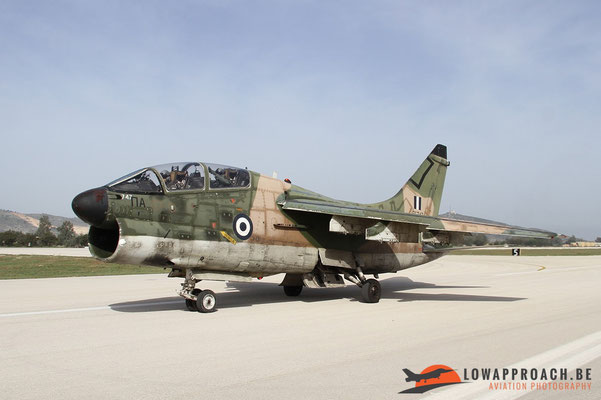 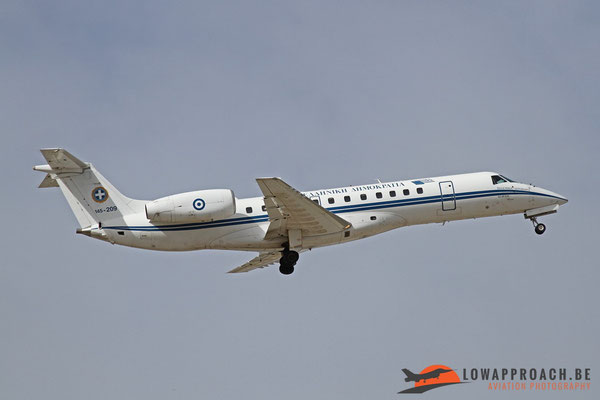 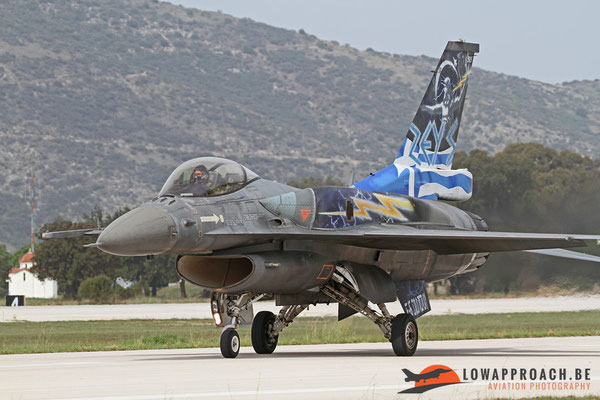 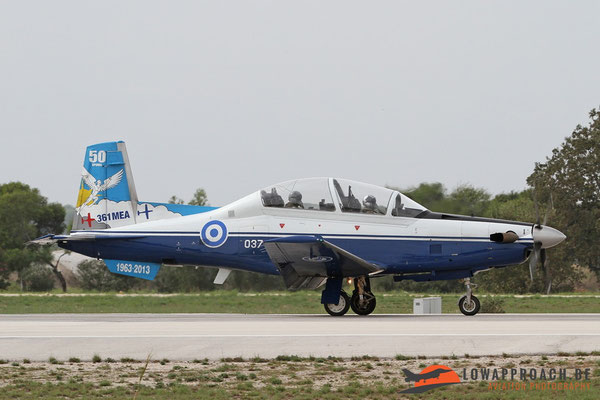 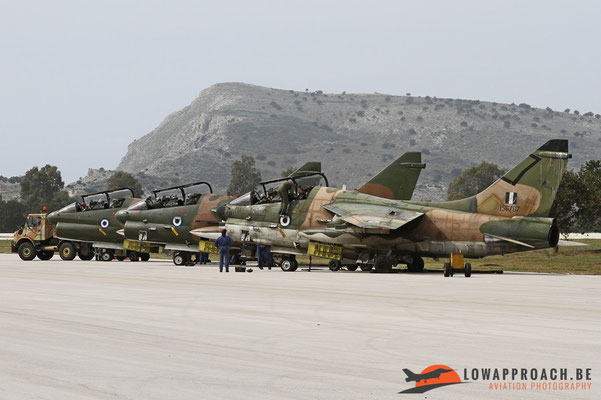 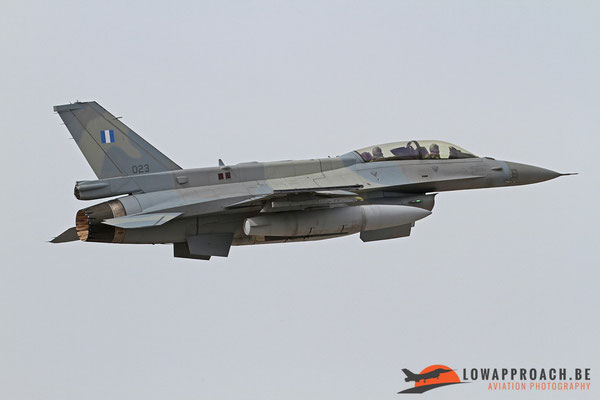 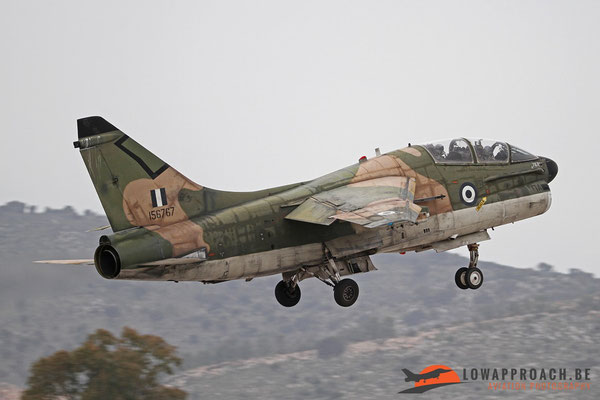 The second day was the ceremonial day. With a lot of speeches and a lot more of Air Force and other dignitaries present. The public part of the event consisted of a static area with some Corsairs and F-16’s. One of the Corsairs carried a full armament of bombs and rockets. And kick ass worn paint scheme. Thanks to our spotter ID’s issued the day before we also could get in the non public part of the event. Another Corsair II was on static and off course the special farewell paint Corsair II. Which was under covers until the end of the obligatory speeches. After the revealing of this airframe it was time to open the skies above Araxos for the small flying part of the afternoon. It started with some Corsairs, “Zeus” and a surprise visit of F-4 Phantom II. All paying their last respects to the Corsair II. 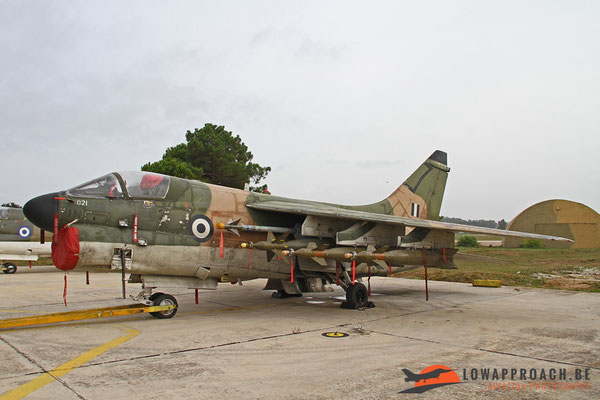 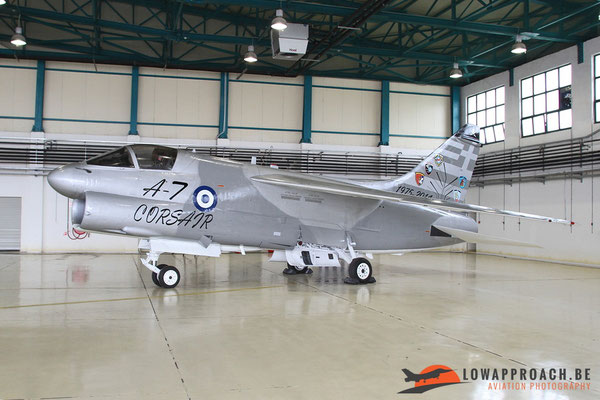 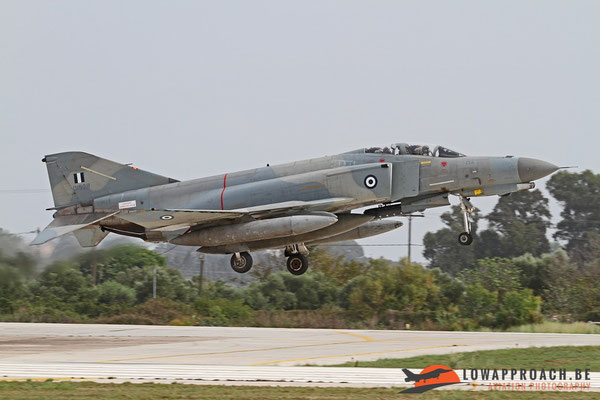 An old age work horse of the Hellenic Air Force was now officially in retirement.